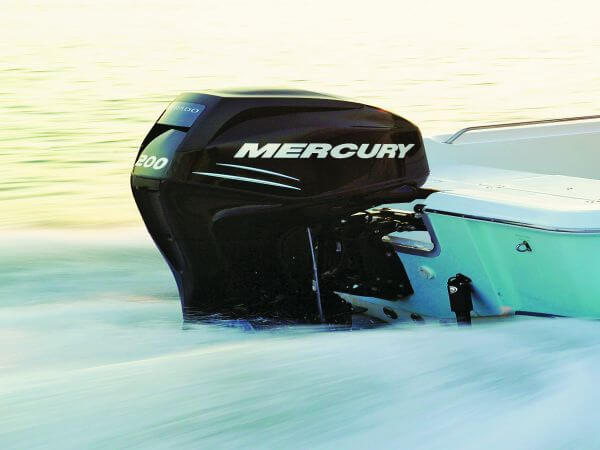 The world’s biggest producer of marine propulsion systems unveiled a war-chest of new products at the 2007 Mercury Expo on the Gold Coast.

More than 500 dealers and media representatives virtually took over the Royal Pines Resort on the Gold Coast recently for Mercury Expo 2007, a three-day extravaganza focused on unveiling new products and emerging technology from the world’s largest manufacturer of boats and marine propulsion systems. Luminaries from Mercury’s US-based parent company, Brunswick were in attendance, including CEO, Dusty McCoy and President of Mercury Marine, Pat Mackey. McCoy opened proceedings with an informative address, outlining Mercury’s overall position in the US and global markets and its strategies to compete with other manufacturers in the marine landscape. While the marine sector in the US was slow at the moment, McCoy said Mercury was placing more emphasis on growing its markets outside the US – including Australia. Central to its strategy was offering products for all market segments, said McCoy, and judging from the amount of new engines and other products on display, the company’s plans seem to be on target.

One product, in particular, easily stole the show at the Expo, but you won’t see it in any Mercury showroom for the time being. MerCruiser’s new Axius stern drive system was demonstrated to journalists and, if early indications are accurate, it is set to revolutionise stern drive performance and buyer expectations.

The yet-to-be-released linked dual stern drive system had been under wraps for some time prior to the Expo and shares much of its software and operating principles with Cummins MerCruiser’s Zeus ‘pod-drive’ system.

Demonstrated on a Bayliner 325 Sportscruiser, the SmartCraft joystick-controlled system links both legs electronically so that the boat can be manoeuvred in virtually any direction and through any axis. Based on our trial of the system, Axius certainly delivers everything MerCruiser claims, including effortless docking and close quarter manoeuvring. A light push on the joystick had the boat moving in the desired direction. The more pressure on the joystick, the faster the boat moved. The boat could be turned on its own axis, or ‘walked’ sideways with extremely smooth transitions in movement.

Axius offers impressively precise control through the use of independently articulating Bravo Three drives. Another feature, dubbed ‘Skyhook’, allows the boat to maintain station utilising GPS technology linked to the drive system, freeing the skipper to leave the helm for berthing, anchoring and other scenarios. But the Mercury people were a little coy about whether it would be incorporated into the final version of Axius when it is released.

According to MerCruiser, Axius doesn’t require modifications to the hull, so it’s a straightforward upgrade proposition for existing stern drives, with added features including hardcoat anodising, as part of MerCruiser’s Seacore technology.

Axius will be available as an option on all new MerCruiser 5.0L 260HP through 496 HO 425HP Digital Throttle and Shift packages. It will also be available with Cummins MerCruiser’s 2.8 and 4.2-litre diesel engines.

It is anticipated Axius will officially be available to consumers from May, 2008 in petrol power, while Cummins MerCuiser expects to have its diesel Axius option to market later in the year.

MerCruiser estimates Axius will add around $15,000 to a conventional stern drive package, which, it points out, negates much of the extra cost normally associated with fitting a bowthruster.

While on stern drives, MerCruiser launched its much-heralded SeaCore anticorrosion technology for its Bravo stern drives at the Expo. Fundamentally a protective anodising process that results in a diamond-hard coating on the drive, transom and trim cylinders, SeaCore also boasts more stainless steel components, a closed cooling system and impressive four-year warranty.

There were a host of other new products showcased at the Expo, including a revised Verado range boasting improved fuel economy and now including a 200hp model. The range of high performance, supercharged four-strokes has undergone a thorough work-over in order to counter its thirsty reputation, and the result, according to Mercury, has been fuel consumption gains as high as 40 per cent for some models in comparison with equivalent competitor powerplants. The improvement is primarily due to reduced internal friction in the engine, says Mercury.

The new generation Verados, with models from the four-cylinder 135hp to the six-cylinder 300hp, are also claimed to deliver better top speed, acceleration and cruising range. The new 200hp is being billed as “the world’s lightest 200hp four-stroke”, with Mercury producing figures to show that it is up to 33kg lighter than comparable opposition outboards.

The Optimax range has been expanded, with a new 250hp engine that Mercury claims delivers more low- and mid-range power due to new carbon fibre reeds in the inlets. Fuel economy and efficiency on the big, direct-injected two-stroke is claimed to surpass that delivered by many larger rival four-strokes.

As part of its stated intention to offer engines for all capacity and power segments, Mercury released a number of smaller four-stroke outboards, ranging from 9.9hp, through to 15-20hp portables and new 40, 50 and 60hp units.

Dealers and journalists also got to find out more about Mercury’s new 100hp Vazer stern drive package, a compact four-cylinder unit that is likely to be seen in craft around 5 metres and thereabouts in the near future. The four-cylinder petrol engine takes up surprisingly little room, meaning more space can be set aside for passengers and various water-based activities, says Mercury.

For more information on the 2008 range of Mercury and MerCruiser products, visit your nearest dealer, or go to: www.mercurymarine.com.au.