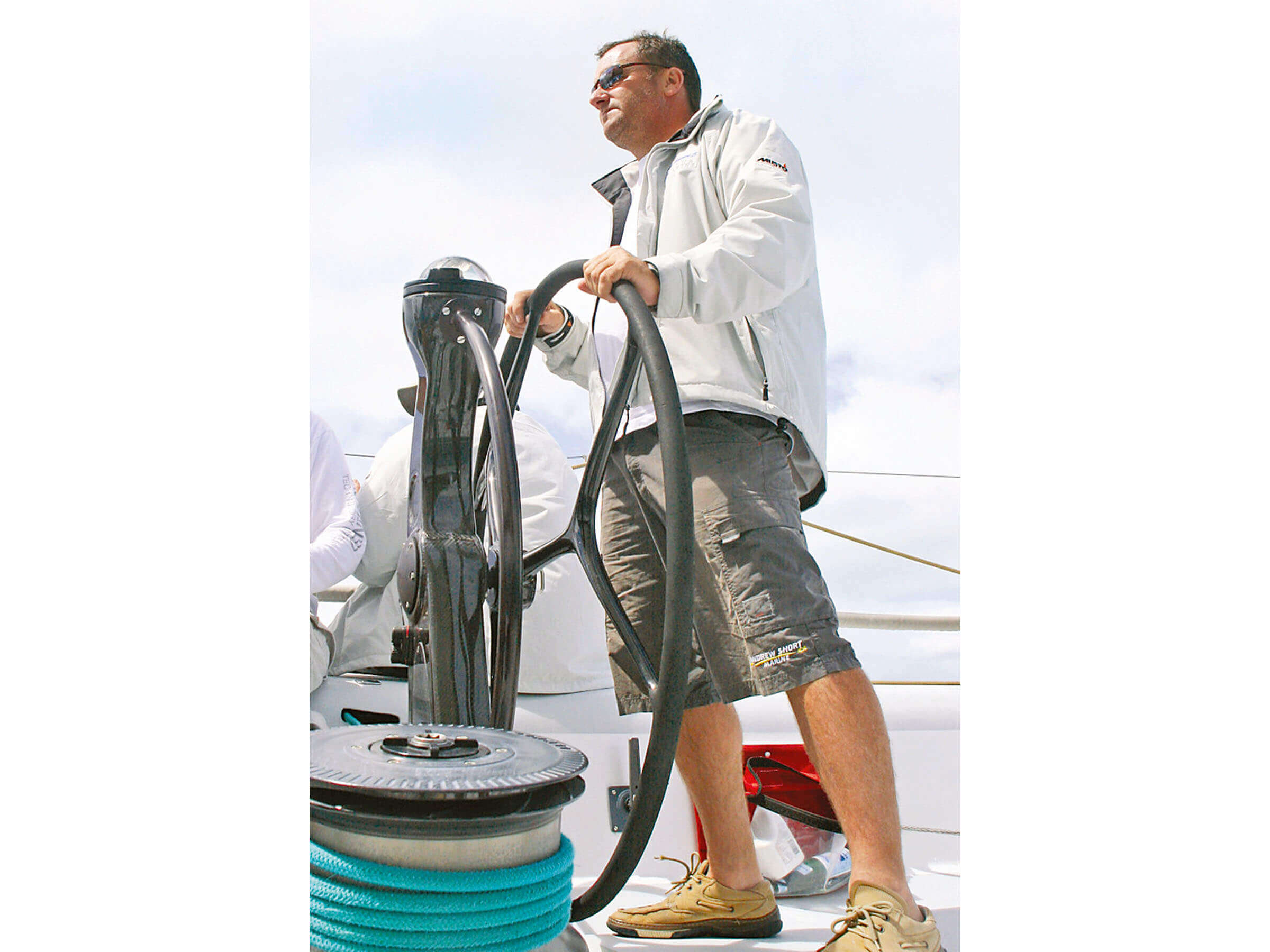 We pay tribute to the late Andrew Short, a stalwart of sail and an icon of the Australian marine industry.

Barely ten months ago, the marine industry and the sport of sail lost one of its more high-profile identities. Andrew Short was killed in a tragic yacht racing incident off the south coast of NSW and his loss continues to be mourned by family and friends.

For Andrew Short, there was little doubt that life would revolve around the water and sailing.

You could say it all began in 1977, when a young Andrew moved to Sydney with his parents, Fred and Joan. Fred had been the General Manager for Savage Boats in the Melbourne suburb of Williamstown and had chosen a new career challenge that involved modernising the Brooker Aluminium Boats and Trailer manufacturing facility in Sydney. With the plan set, the Short family, including the four boys, Andrew, Matthew, Ian and Jonathan, packed up and relocated to Sydney.

Andrew actively helped manufacture the proud little ‘tinnies’, including welding them up on the production line during the day, and spent his afternoons and weekends working alongside his dad, running the ex-factory sales side of Sea-Al. Looking back, this was the beginning of Andrew’s experience in marine sales.

Always one to set his sights on bigger and better things, Andrew stepped out from behind his father’s shadow and officially opened Andrew Short Marine in 1982 at 124 Taren Point Road, Taren Point. It was a pivotal move that would eventually see Andrew Short Marine grow to one of the largest marine dealerships in Australia.

From 1984 to 1999, Andrew built up his business by bringing on new brands such as Sea-Doo, Bermuda and Force Outboards and opening a service centre. During this time, the business expanded rapidly, achieving a number of prestigious industry awards for excellence in sales. Some of the most notable included winning its first Club Marine Top Ten Supporter Award (1997), with another to follow in 1999, and the Sutherland Shire Small Business Award. What had started out as a small marine dealership was already making waves with in the industry and local region.

In 2000, Andrew’s personal life took a positive turn when he married his partner Kylie. Appropriately enough, the wedding took place on Sydney Harbour. The wedding signalled not only the start of a new and lasting marriage, but a partnership with which Kylie and Andrew would head towards the next decade side-by-side, building their family and the Andrew Short Marine business.

The Shorts were inseparable as a couple, working together and raising their five children: Nick, Ryan, Sam, Mitch and Maddison.

“Andrew and I had an unusual relationship – we literally did everything together,’’ Kylie said.

“We walked together every day. We worked together. We lived where we worked. We were never, ever apart.”

Throughout 2000-2005, Andrew Short Marine experienced a growth spurt that many businesses could only dream of, continuing to win prestigious industry awards and signing on some of the biggest brand names in the business, including the prestigious US Sea Ray brand of luxury cruisers.

With the addition of Sea Ray and its large cruising boats, Andrew and Kylie decided to again re-locate to an on-water facility, at Yowie Bay Marina, which Andrew also purchased. The move allowed Andrew to also offer clients slip and anti-fouling facilities.

Further expansion included acquiring Ferguson’s Boat Shed at the Spit, a wide range of berths at D’Albora Marina and a new venture for Kylie and Andrew, the management of the Plonk restaurant, a project Kylie took on and continues to successfully manage.

The events from 2005 leading up to 2009 saw Andrew Short Marine experience one of busiest and more successful times for the business.

As many industry members and friends would know, apart from his family and business, Andrew had another abiding passion – the sport of sailing. From a young age, he competed in International Cadets for kids up to the age of 18 and got his first introduction to ocean racing by taking part in the Family Half Tonne Cup on a boat called Pajen.

Andrew’s involvement in ocean racing thrived in parallel with his business interests. He competed in the Sydney to Hobart 16 times, including racing Nokia in the disastrous 1998 race that claimed the lives of six sailors. Other notable boats owned and raced by Andrew included Amazon, Brindabella and the ill-fated Shockwave 5. Over the many years he was active on the sailing circuit, Andrew developed a reputation for being a fierce, but fair competitor.

Brought up on the water and exposed to sailing from a young age, Andrew passed on his love of the sea to his family. Kylie and Andrew and their children, sons Ryan, Nick, Sam and Mitch and daughter Maddie were all involved in the sport.

It is fitting to say that the tragic accident that took Andrew’s life in October 2009 at age 48, happened while competing in an ocean race with two of his sons on board. It was a true testament to Andrew’s sailing experience and his unconditional love for his family that, when their Shockwave 5 slammed into the rocks on Flinders Island just off Wollongong, his first instinct was not to save himself, but to save his children. In a selfless act of love, Andrew threw a torch to son Nick in the water that ultimately lead to him being located and plucked from the freezing seas. For the Short family, and the Australian boating industry and sailing fraternity, one of the true greats was lost that night.

A strong and united family, Kylie and the children vowed to carry on Andrew’s legacy, with Kylie taking the reins of Andrew Short Marine in late 2009.

“Andrew and I were consistently looking at ways and means to grow the business in a profitable and sustainable manner,” she explained. “Since Andrew’s passing, I have become firmly committed to following that plan.”

Since announcing her plans in January this year, Kylie has shown true courage and leadership by not only maintaining the quality of service of Andrew Short Marine, but also boldly expanding the business. From January to June, ASM saw the introduction of a new sales management and service team and new brands, such as XFI Ski Boats and Stacer Boats added to an already considerable portfolio.

The business also now boasts a new and modern accessories department and a team dedicated to living up to the Andrew Short Marine name.

“There will be a number of major new initiatives and product announcements in the near future and we look forward to sharing these with our customers and with the boating industry,’ said Kylie.

With Kylie at the helm and her family firmly behind her, Andrew’s name will continue to live on. Dedication to exceeding customer expectations and experiences with Andrew Short Marine, the mantra the business was built on by Andrew himself all those years ago, is what is important and what has made it such a successful player in the marine industry. ¿