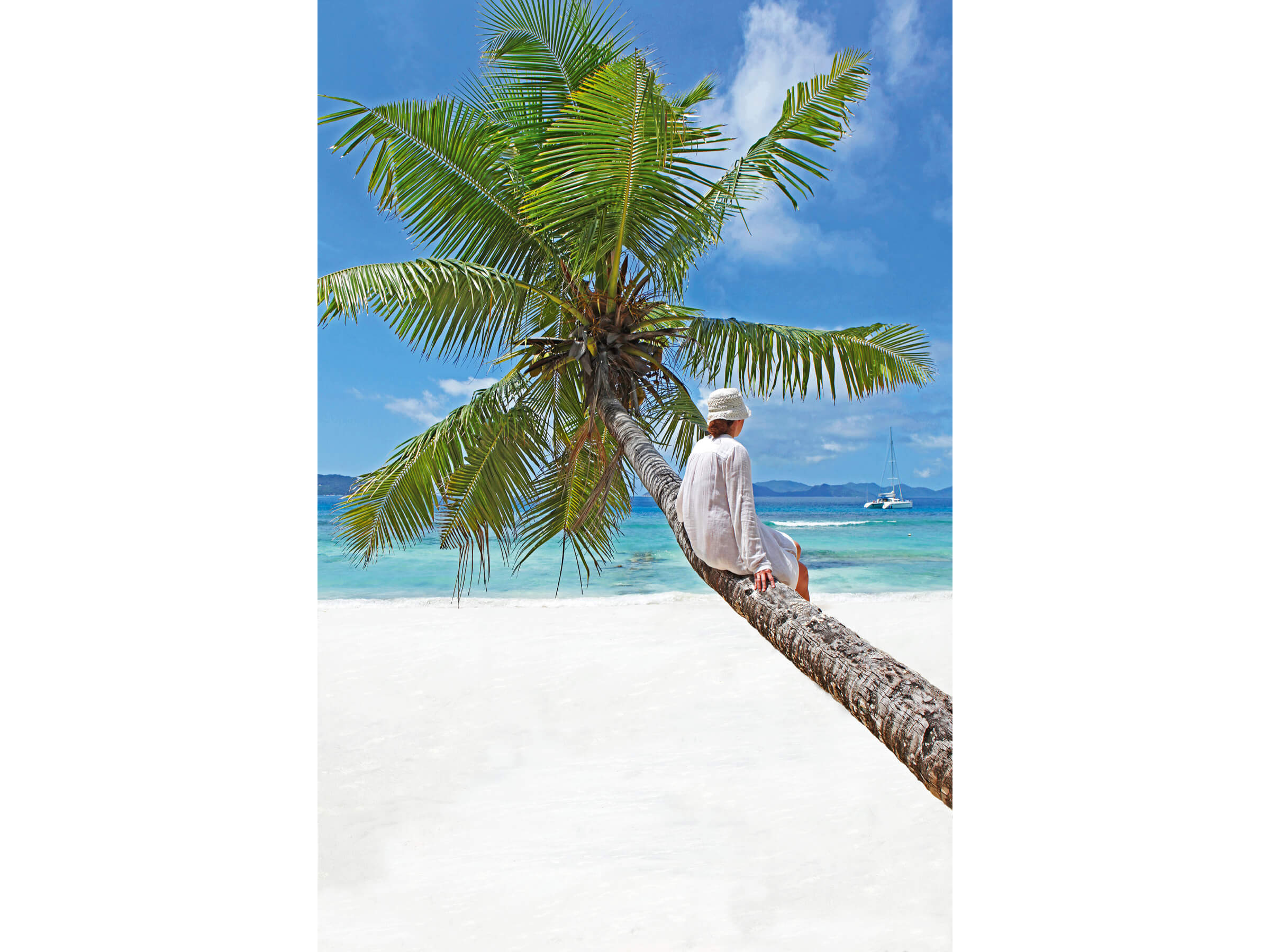 … the toughest challenge guests face is deciding which of the little islands to navigate to first!
A sailing getaway to Malaysia’s Langkawi archipelago promises gorgeous tropical beaches and stunning vistas at every turn.

If your dream holiday involves miles of secluded beaches fringed with palm trees, postcard-worthy views at every turn and countless spectacular cruising destinations within a short distance, you’re going to love this trip to Malaysia’s Langkawi archipelago, courtesy of Queensland Yacht Charters (QYC, a member of Dream Yacht Charter).

Among QYC’s options is a five-night sailing holiday to Pulau Langkawi, the largest in a cluster of some 100 islands on Malaysia’s exotic northwest coast. It’s a natural paradise where lush, forest-clad mountains cascade into the emerald-green sea beside white sandy beaches and idyllic anchorages. Traditional fishing villages dot the coast while inland, pretty waterfalls, rice paddy fields and traditional farming methods add to the local charm. Declared a Geopark by UNESCO in 2007, the Langkawi archipelago boasts a geological history dated to 500 million years and abounds in natural wonders above and below the water.

Steeped in traditional culture and intriguing legends, the archipelago is officially known as Langkawi the Jewel of Kedah (Langkawi Permata Kedah in Malay), a title no doubt inspired by the island’s tropical beauty. There’s no shortage of world-class resorts, family-run guesthouses, spas, and eateries offering local delicacies. Visitors are spoilt for choice when shopping in the duty-free township of Langkawi or for handmade souvenirs in the surrounding quaint villages.

The distance between anchorages is short, making it easy to discover the many charming locations in and around Langkawi … the toughest challenge guests face is deciding which of the little islands to navigate to first!

HOP TILL YOU DROP

Our adventure began at Dream Yacht Charter’s Malaysia base at the Royal Langkawi Yacht Club, where we boarded a fully equipped bareboat charter after stocking the pantry with goodies.

To help holidaymakers decide where to go first, Dream Yacht Charter offers itineraries with suggested destinations. Cruising to nearby Pulau Tepor (pulau translates to island) to the southwest of Langkawi township seems to be a nice way to begin – it’s an easy 7nm cruise along the main island’s coastline past several densely forested islands to the uninhabited island. Pulau Tepor is popular for its anchorage off the beautiful white-sanded Monkey Beach, where monkeys come down from the hills in the late afternoon, and its crescent shape that offers calm water and another stunning beach on the inside shore.

Just a quick hop across to the main island, Pantai Cenang (pantai is Malay for beach) is one of Langkawi’s most popular beaches, with numerous restaurants and shopping opportunities. It’s best known for its long stretches of white sand and enchanting sunsets, as well as the Underwater World Langkawi aquarium and a host of watersports activities.

A cruise in either direction around Pulau Langkawi to the island’s northern coastline takes boaters past breathtaking views and numerous islands. Head to the secluded Tanjung Rhu Beach, on Langkawi’s north-eastern shore, where you’re likely to bump into the well-heeled enjoying this secluded, slow-paced beach and the luxurious resorts. Tanjung Rhu is best described in superlatives, with crystal-clear water and powder-fine white sand, lush mangrove forests, centuries-old limestone cliffs and stunning views.

From there, take the charter boat’s dinghy up the winding Kilim River (it’s recommended to book a guided tour for the best experience) through the Kilim Nature Park. Spread across 100sq km, the park features protected mangrove forests and an abundance of wildlife, including brown eagles, tree crabs, monitor lizards and monkeys. For an extra dash of excitement, join an eagle-feeding tour or visit the bat cave.

Those keen to explore the archipelago’s underwater life can do so at Pulau Payar Marine Park, a sanctuary to many endangered species of fish and marine creatures with flourishing coral gardens. Located 17nm south of Langkawi, the marine park stretches across two nautical miles of pristine blue sea and encompasses the four uninhabited islands of Payar, Kaca, Lembu, and Sengantang. While there aren’t many dive sites around Langkawi as underwater visibility is generally poor, the water at the marine park is crystal-clear and offers several superb sites and plenty of snorkelling action. For those who prefer to remain dry, a large floating platform moored off Pulau Payar offers underwater views from its tunnel-like chamber 10ft below the surface.

With its name translating to ‘Island of the Pregnant Maiden’, Pulau Dayang Bunting is the second largest island in the group. A cruise around its shoreline and the neighbouring island of Pulau Tuba (they’re separated by a narrow body of water more akin to a river) takes you past spectacular vistas with hidden coves and beaches and breathtaking views of the surrounding islands.

Nestled inside a ring of steep, lush hills on this island’s southwestern side, there’s a large lake named the Pregnant Princess Lake (Tasik Dayang Bunting) – according to legend, a beautiful fairy princess laid her dead baby to rest in its water and blessed all childless and infertile women who bathe there. While at the lake, venture down the narrow wooden bridge that leads to the ‘miracle border’ – a merely 30m-wide border that dramatically (and miraculously) separates the freshwater lake from the sea. The lake is located just a brief walk from a long jetty in a deep bay, with the path taking visitors through a dense forest populated by cheeky monkeys that might try to nick unattended bags and items.

Located on the north-western coast of the Peninsula Malaysia in the Straits of Malacca, the archipelago is shielded from severe weather by the mainland to the east and Sumatra to the southwest, with the Andaman Sea to the north remaining relatively calm all year.

Langkawi has a tropical climate that is consistently warm and humid all year-round, and typically enjoys sunny mornings and overcast afternoons with a little rainfall later in the day. The temperature hovers around 30 to 35°C during the day and 28°C at night. Even during the monsoon season from September to October, the weather pattern doesn’t change much – the rain showers are heavier, but otherwise Langkawi’s sheltered location means it doesn’t have a seriously rainy season.

Dream Yacht Charter’s bareboat charters are equipped with all galley equipment, linen, towels, navigation gear, and dinghy, and guests are briefed on the yacht’s use by experienced crew – all you need to do is bring an Australian boating licence and make yourself at home!

Queensland Yacht Charters is a member of DYC and is based at Abell Point Marina on Queensland’s Airlie Beach. For more information, call 1800 075 013 or go to: dreamyachtcharter.com.