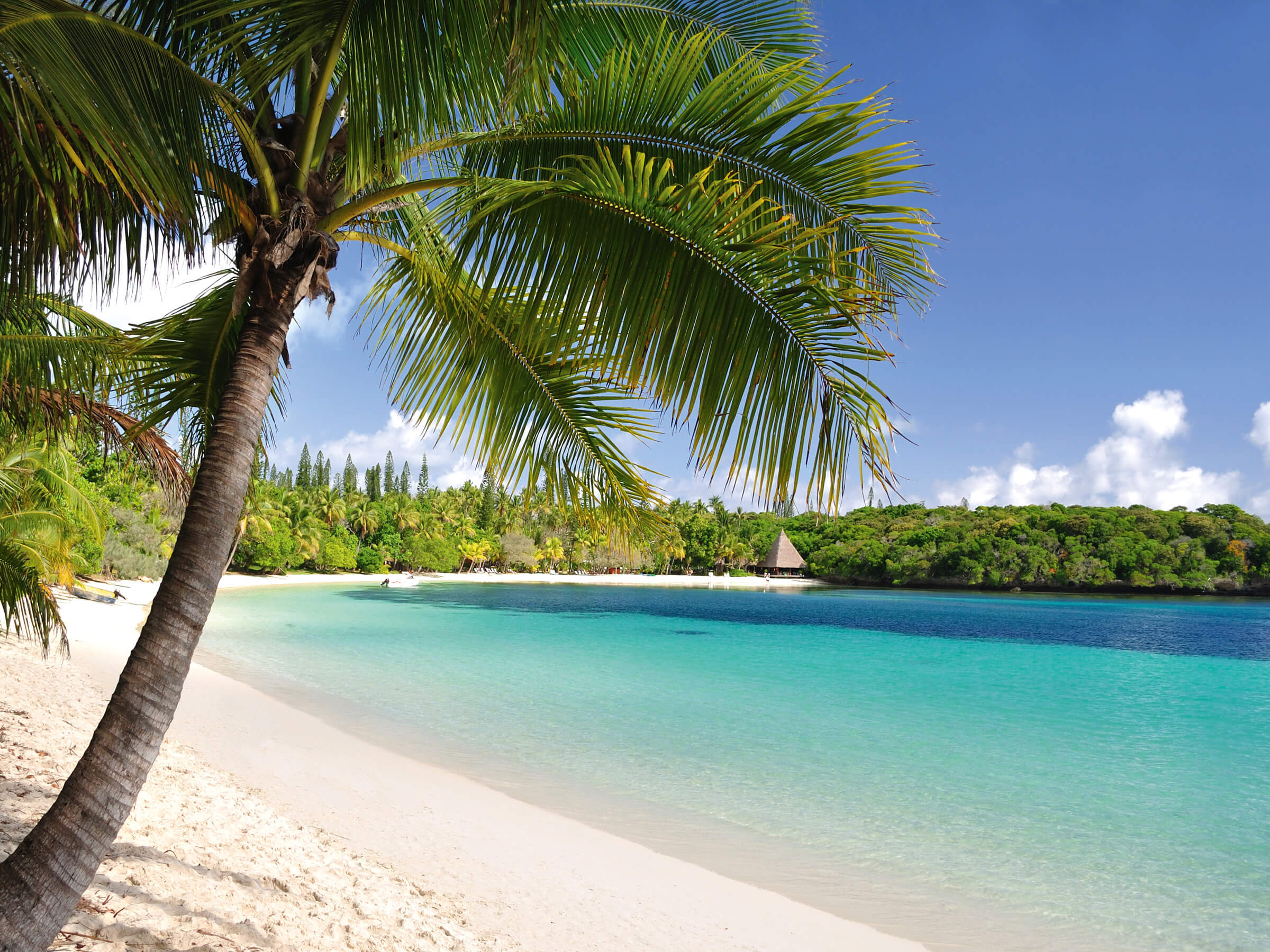 There is a slice of paradise, and it’s just a hop, skip and a jump away from Aussie and Kiwi shores in the southwest Pacific Ocean. Bienvenue en Nouvelle Calédonie – welcome to New Caledonia!

The largest lagoon in the world welcomes visitors to its tropical playground with a charming blend of warm Melanesian hospitality and French sophistication. A nice breeze, thanks to the trade winds blowing from the south-east, and 74 mostly uninhabited islands with stunning anchorages make it one of the most beautiful sailing locations in the world.

The archipelago of New Caledonia includes Grand Terre (the main island), the Loyalty Islands to its north-east, the Belep Islands to the north, the Isle of Pines to the south-east, and a myriad of small islands scattered throughout the region.

New Caledonia is encircled by a coral reef of some 1500km in length. It’s the world’s second-largest continuous barrier reef (after Australia’s Great Barrier Reef) and is home to a diverse population of endemic species and number of threatened fish, turtles, and marine mammals, including the third-largest dugong population in the world.

New Caledonia is a French territory with a vibrant population of ethnic groups that includes the Kanak people (the original inhabitants), people of French descent, Polynesians, and Southeast Asians. The official language is French, and 28 Melanesian dialects are also spoken.

In 2008, UNESCO inscribed the lagoons of New Caledonia on its World Heritage Site List, an important step for the lagoon’s preservation and for the development of quality tourism. UNESCO describes the tropical lagoons and coral reefs as being: “ … superlative natural phenomena or natural beauty. The tropical lagoons and coral reefs of New Caledonia are considered to be some of the most beautiful reef systems in the world …”

And getting there is super easy, too – flights by various carriers can get you there in two hours from Brisbane, three from Sydney or Auckland, and under four from Melbourne.

Our adventure began at Dream Yacht Charter’s (DYC) New Caledonia base at Port Moselle, in the capital city of Nouméa, where DYC’s resident team welcomed us aboard a fully equipped bareboat sailing catamaran.

Our first ‘chore’ was to stock the pantry and fridge with delicious French fare available just a baguette’s throw from the marina – Nouméa’s supermarkets, fish and fresh produce markets, bakeries and bottle shops are stocked with French delicacies and wines alongside locally grown foods. Who could say no to warm croissants for brekky or freshly caught seafood with crusty bread and a glass of French red for dinner, enjoyed on the deck of your catamaran in a secluded cove …

Speaking of dining on the boat, Dream Yacht Charters suggests that once its guests have settled in, they might want to set sail to Redika Islet for lunch. It’s a tiny island just 18nm across pristine, turquoise water to the south-east. There’s not much there except a lush forest in the middle and a deserted, white sandy beach running all the way around the islet … and that’s probably exactly why you’d want to go there.

A stopover at the Isle of Pines is another must on many a visiting yacht’s itinerary. Located about 60nm south-east of Nouméa, there’s plenty of opportunity to hop from island to island while en route, and even put in an overnight stay at one of Ouen Island’s stunning anchorages.

Named by Captain James Cook because of the endemic araucaria pines growing there, the Isle of Pines is often referred to as the ‘Jewel of the Pacific’. You’ll find perfect beaches, crystal-clear water, great diving and snorkeling, and lots of secluded anchorages. The island is surrounded by a marine reserve dotted with small islands – such as Nokan Hui, said to be one of the most beautiful moorings in the world.

Those who’d rather stay closer to New Caledonia’s main island can choose from a multitude of destinations, no matter which way they head along the coast or how far they roam. They’ll be just as spoiled for choice, with many deserted islets and hidden coves perfect for an idyllic escape within short sailing distances from Nouméa’s sheltered harbours.

Or, if the prevailing trade winds are a little strong (they tend to blow from the south-east at around 10 to 20 knots for much of the year), Nouméa’s colourful waterfronts are lined with bars, cafés, restaurants and nightclubs, making a French Riviera-style, in-harbour stay equally enticing.

New Caledonia is blessed with a magnificent reef system teeming with wildlife. While that’s great news in terms of abundant dive and snorkelling destinations and beautiful little islands scattered throughout the 24,000 square kilometre lagoon, navigating this area can be challenging for inexperienced sailors.

The tidal ranges are generally between one and 2m, and currents can be a little tricky between islands or in narrow passages and reef corners. Even with a chartplotter (DYC actually recommends using the provided paper charts, which are far more reliable), the many partially submerged islets and innumerable reefs can be tricky to navigate. It’s for that reason that night sailing is prohibited in the New Caledonia lagoon.

DYC’s talented team has years of sailing experience in these waters and is readily available to assist its charterers should they need a helping hand – you’re also provided with accurate information on safe anchorages and instructions for how to get there, or you could book a skippered charter (additional fees apply) if you prefer to have someone else stay aboard to navigate the tricky bits for you.

DYC’s bareboat charters are equipped with all galley equipment, linen, towels, navigation gear, and dinghy, and guests are briefed on the yacht’s use by its experienced crew – all you need to do is bring an Australian marine licence and make yourself at home!

Dream Yacht Charter operates over 450 boats in 36 locations around the world, including bareboat charters, crewed yachts, and ‘By the Cabin’ passages. Queensland Yacht Charters is a member of DYC and is based at Abell Point Marina on Queensland’s Airlie Beach. For more information, call 1800 075 013 or go to: dreamyachtcharter.com.