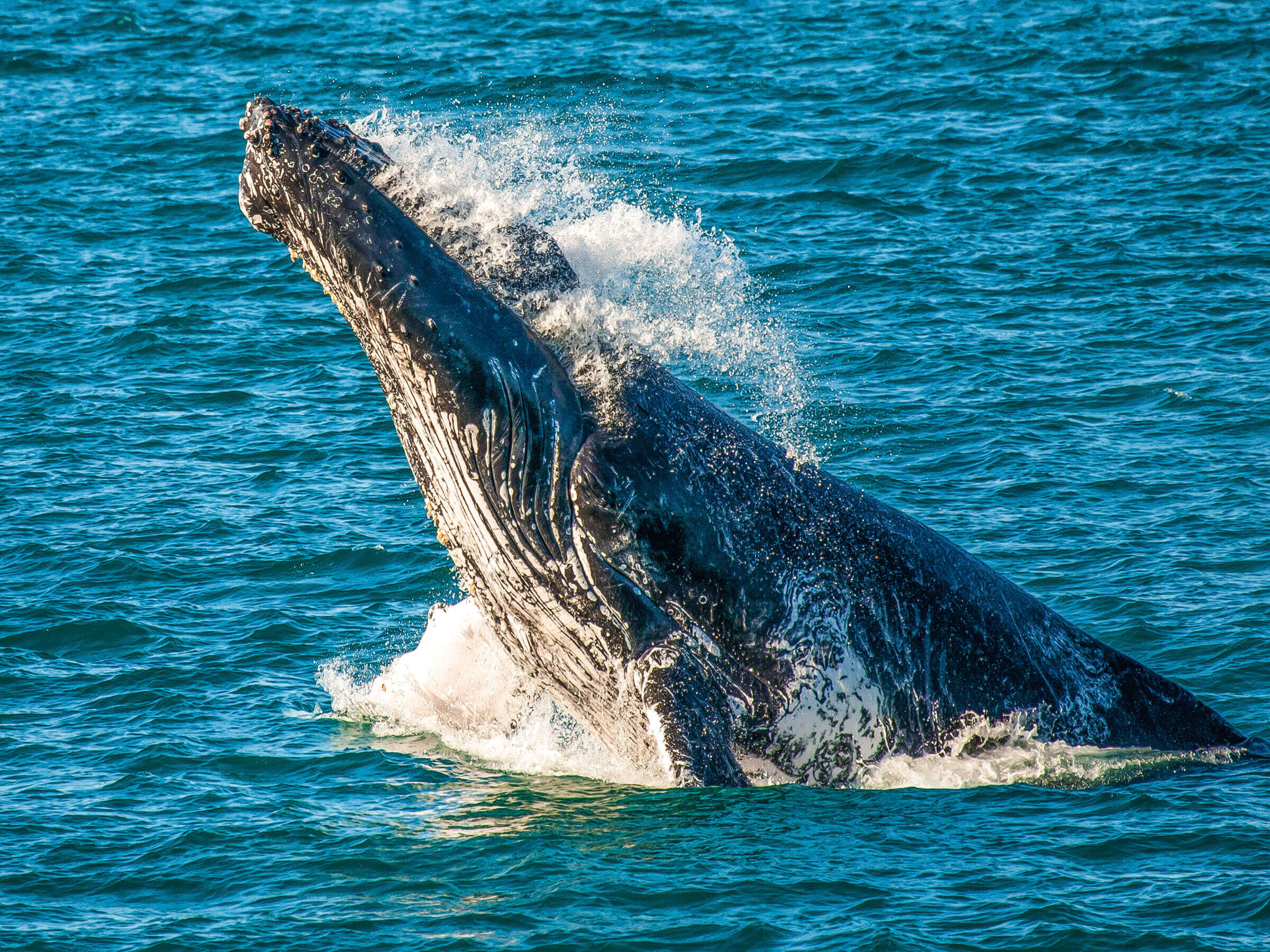 Winning a slew of industry awards and receiving four Emmy Award nominations is testament to the passion De Barros has for capturing unique wildlife behaviour. Even after 28 years of being involved in every aspect of documentary production, the Perth-born cinematographer, director, writer and producer is happiest when holding a camera.

“I primarily film animals – my specialty,” said De Barros, who ensures his films educate and inspire, while remaining innovative and entertaining.

Born in 1968, De Barros’s initial foray into film, aged 10, involved a Super 8 camera to film his mates while they surfed. However, filming wildlife was his ultimate goal and, at 19, he secured a position in the scheduling department of West Australian television network, Golden West Network (GWN).

“I went straight in and told them I wanted to shoot with cameras … so I spent six months in the office and then got a traineeship as a cameraman in the studio.”

After filming commercials – including, bizarrely, of sheep castrations – De Barros created his own wildlife documentary, filming dolphins in Bunbury (south of Perth) while snorkeling.

“It was more about trying to learn about dolphin behaviour. If we had nothing to do at the TV station, we’d lie to our boss … then we’d get our surfboards and paddle over and shoot the dolphins underwater.”

While the end result proved underwhelming, the experience emboldened him with enough knowledge and confidence to produce a simple film which, in turn, led to collaboration with the ABC. Dolphin’s Day (1998) was distributed around the world and gave the impetus for De Barros to pursue freelancing.

The opportunity to join the second series of the globally popular American television show Survivor as an underwater cameraman stretched to 13 seasons, with some 150 episodes. Many of the challenges, tribal councils and wildlife scenes De Barros shot were in exotic locations in the South Pacific. Australians and New Zealanders are among the hundreds of people employed by the show, including a large marine team using 30 rigid-hull inflatable boats (RIBs), their own ship and several hired local boats.

“Having all those teams, while being in places like Panama with massive tides you’re not familiar with, and having to manoeuvre around at night in torrential rain on the Amazon River … that can be pretty dodgy.”

Palau, an archipelago of some 500 islands in the Pacific Ocean, was a jaw-dropping, phenomenal experience, he said. Home to an amazing array of fish, sharks and manta rays, with clear water giving visibility for several hundred metres, Palau is probably one of the best dive sites in the world.

“I’ve never seen anything like it,” was how he described Nuku Hiva, in the Marquesas Islands of French Polynesia, where the crystal-clear waters showcase an abundance of dolphins, giant manta rays, humpbacks, pilot whales, sharks and octopuses.

His most memorable experience while filming Survivor was capturing rare footage of giant octopuses mating, off the coast of the northern island of Tahiti. He describes them as having three- to four-foot-long bodies and heads as big as bowling balls.

De Barros’s enthusiasm for filming marine animals stems from the interaction with them, which he finds stimulating.

“Diving with whale sharks is quite spectacular, but pretty boring because they just swim,” he said. “Sea snakes are interesting because they’re quite inquisitive, but they’re not really that aggressive. Dolphins are much more engaging and they even play ‘seaweed soccer’ – they once included me by nosing the slimy algae toward me.”

Launching the television production company Sea Dog TV International in 2007 with partner Jodie De Barros provided the freedom to create their own films. Their first production, Whale Patrol (2009), was a defining moment. The film follows the migration of humpback whales, highlighting how many die from becoming entangled in lobster pots, nets and ropes. Inspiration is drawn from people who care about wildlife and take action – like whale rescue veteran Doug Coughran.

“They’re the more important people – the guys at the coalface, who get their hands dirty. They’re not heroes, and they’re inspiring,” he said.

While De Barros did not intentionally set out to become a crusader with his documentaries, he admits they all have an underlying conservation theme. He thinks the trick is not to “ram that down people’s throats.”

The epic Birthplace of the Giants (2015) is the result of five years’ work. To educate the audience, it relies on dramatic footage of the humpback whales’ struggle to rise from near extinction. This documentary was the first to be filmed using thermal night-vision cameras and drones, resulting in previously unseen images of humpback whales fighting and mating.

“We captured behaviour at night that scientists could previously only guess at. Now they can see it.”

Whale Song’s 18ft RIB is kitted out with storage for the team’s equipment, which included a large topside camera, 15 GoPro cameras, pole cameras, drones, underwater cameras, plus safety gear and hundreds of terabytes of digital storage. The RIB is also used to scout for whales and other sea creatures, with professional coxswains hired to skipper.

For the six-week shoot of The Search for the Ocean’s Super Predator (2013), De Barros produced, co-directed, coordinated and filmed topside. The quest to find the killer of a tagged 3m great white shark resulted in the discovery of a canyon where the ocean’s most fearsome predators converge to battle for control of the food chain. The dive team used an underwater self-propelled vehicle to film orcas, giant squid and great whites, in what De Barros described as being “pretty dodgy” conditions.

“What fascinates people is what ate the 3m shark. All these theories came up, such as could it be another species of deep-water shark that grows to gigantic proportions?”

De Barros has an idea to film a different documentary about great whites. “They’re not just teeth and jaws – they display proper behaviour.”

Filming underwater is not without inherent dangers. In 2003, a sea lion mauled De Barros’s dive buddy while he swam right next to him.

“It was scary and worrying at first, then survival mode kicked in.”

When filming was abandoned on a shoot in 1997 after a man was taken by a great white off Albany, on WA’s southern coast, De Barros said: “It made me rethink about getting in the water for a couple of months. There have been quite a lot of close calls – I’ve been scared, but when you’re working, you have to keep on the job.”

Currently, Sea Dog International is working on Dolphin Dynasty for National Geographic Channel. De Barros hopes that any discoveries they make while filming with their new mini marine drones will attract researcher’s attention. “We hope they’ll be blown away to the point they’ll initiate new studies, or re-evaluate studies they’ve been doing for 30 years.”

In the future, De Barros hopes to film the lifecycle of World Heritage-listed Ningaloo Reef on WA’s north-western coast, and focus on feature documentaries for release in cinemas.

But whatever the future holds, amassing accolades is not what drives De Barros. Rather, it’s exploring the hidden depths, hoping to capture that raw, rare moment.