Boating's not just a hobby, it's a lifestyle

Club Marine’s Australian paid circulation was confirmed as 90,270 (97,579 including NZ), for the period from January to June 2020, making it by far Australia’s highest circulation AMAA-audited magazine.

The latest circulation figures represent an increase of nearly 0.5 per cent over our previous high of 97,103 for the January/June 2019 period, confirming the bimonthly title’s sustained growth and appeal to its audience.

“The result is outstanding for a print title,” said Club Marine publisher and CEO, Simon McLean. “And given that our subscribers pay for their subscriptions in addition to their insurance policies, it shows that our quality content and presentation is still very much valued by our audience.

“At a time when traditional print media is under unprecedented pressure, it is a great message to take to our advertising partners and the media as a whole,” said McLean.

“It allows advertisers and planners to accurately determine the effectiveness and validity of a campaign by providing an independent and transparent circulation measuring process. And we think that is important.”

McLean added that Club Marine also offers advertisers great opportunities to connect with a large and growing audience via its monthly EDM Club Marine eNews. With a current circulation in excess of 92,000 and an open rate in excess of 70 per cent, Club Marine eNews offers a dynamic digital contact point for organisations wishing to communicate with a high-value online audience.

And much of the print magazine content is now increasingly mirrored with videos, including boat reviews, destination, safety and how-to material being presented via Club Marine TV on the Club Marine website. Club Marine TV can also be accessed via YouTube. 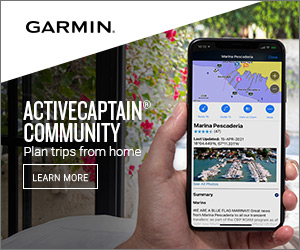