Life through the lens 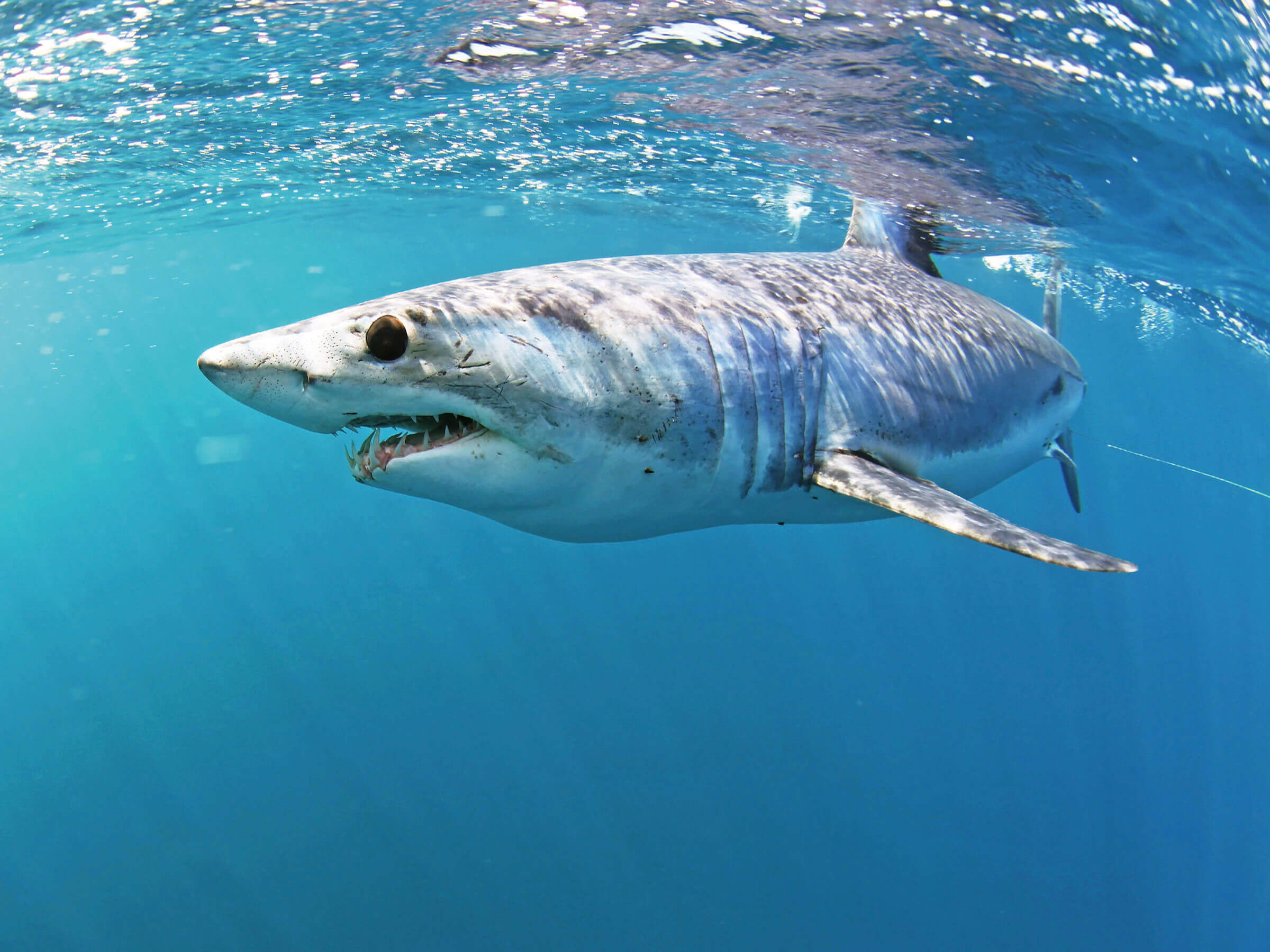 There is only one way to get spectacular shots like this and that is to jump in, however there is also a serious risk involved!
Al McGlashan has turned his passion for the ocean into an enviable career as a photographer.

The open ocean covers two thirds of the earth’s surface. Deeper than Everest is high, we have barely brushed its surface, yet we have put men on the moon. It is truly the last frontier on earth and is home to our largest animal, as well as some very weird and wonderful creatures.

I have always had a strong connection with the sea and its inhabitants. This passion was so strong that it ultimately steered me away from a conventional desk job into a life of adventure. The concept of a suit and tie has always been foreign to me. My approach to work has always been based on the philosophy that if you enjoy your job, then you never have to ‘work’ a day in your life.

As a photographer and an angler, I have always wanted to capture the true essence of what we experience on the water, whether it be a high-flying marlin or a shark slowly surveying its domain. The problem has always been that, until relatively recently at least, I had to be content to capture it all from above the water inside a boat. However, this all changed when Jay Collier, from Canon Australia, arranged a meeting with a company called Aquatech. In conjunction with Aquatech, we set up a new lightweight housing for my cameras that was easy to use and suddenly a whole new world of opportunity opened up.

Many people have asked me if I feel fear when I jump into the water, especially when there are sharks or other predators about. My answer is that I am often so distracted by being close to such amazing animals that I’m simply too fascinated to have time for fear. An example was a recent encounter I had with a large mako shark that came out of nowhere and literally brushed past me in the water as I was filming the capture of a marlin near our boat. The video and still footage of that event has been widely distributed, but I was so totally entranced by the mako’s attack on the marlin, that I simply ‘forgot’ to be afraid. I am not an adrenalin junkie by any means, but on such special occasions I am motivated to share my amazing experiences with everyone.

While the shark was amazing, it was another encounter with marlin and a school of baitfish that had me truly mesmerised. After hearing rumours of striped marlin balling bait up down the NSW coast, I loaded Strikezone and headed out for a look. Bait-balling is a rare occurrence that only really happens in a few places around the world, the most famous probably being Magdalena Bay, in Mexico. It is one of the most amazing spectacles of nature and is something I have always dreamed about filming, not from the safety of a boat, but as part of the action in the water.

It took a few hours searching, but then a small bunch of birds caught our attention and before we knew it we had hit the motherload! The sight of several marlin rounding up bait while excited birds wheeled overhead and dolphins leapt out of the water was too much to resist. Armed with the camera, I took the plunge and jumped in. What followed is something I will never forget.

The scene that greeted me was amazing. More than a dozen marlin, lit up neon blue in excitement, swam effortlessly around and underneath the bait school, corralling it in place against the surface. My intrusion received nothing more than a passing glance. Occasionally a dolphin would appear and try to take advantage of the situation, but it was obvious that the marlin were in charge. Any baitfish that tried to escape were cut down with military precision. I was left with a whole new appreciation of these magnificent creatures.

These experiences only whetted my appetite further and now I take advantage of any opportunity I can to capture images of nature at work under water.

Another memorable encounter was, of all things, a huge sunfish. The largest fish in the world, these docile giants spend much of their lives ‘finning’ on the surface, which is to say, doing impersonations of icebergs, with around one per cent of their body mass, namely their dorsal fins, showing above the water. After seeing this particular fish, as big as a medium-sized car, I tried to swim over to it, but never even got close. I was about to give up when I spotted it in the distance. Obviously aware that it was being followed, I was amazed to see it stop and wait for me, seemingly just as curious of me as I was of it.

While we sized each other up, fellow enthusiast Paul Miller joined us and the fish seemed to relish the company, enjoying a casual back scratch from Paul as I viewed the encounter through the camera.

It is amazing and rare experiences like these that really giving me a whole new appreciation of the aquatic world and I am fortunate that I am able to share them with a wide audience through my photography.

There is no doubt the oceans are in trouble, thanks to an ever-increasing world population that has an insatiable hunger for seafood.

But while I am all for conservation, as an avid angler I don’t believe moves by radical lobby groups and political movements to lock us out of vast tracts of ocean is the answer.

I hope that by sharing my own intimate experiences with the wildlife in our oceans, I can play a part in educating people to understand and do something about the impact we are having. Because if you don’t understand, you can’t appreciate what it is we are placing at risk.

In the meantime, I will continue to don a pair of flippers and wield a camera so that I can capture images of our spectacular finned friends. Enjoy.