How to catch live bait with Al McGlashan 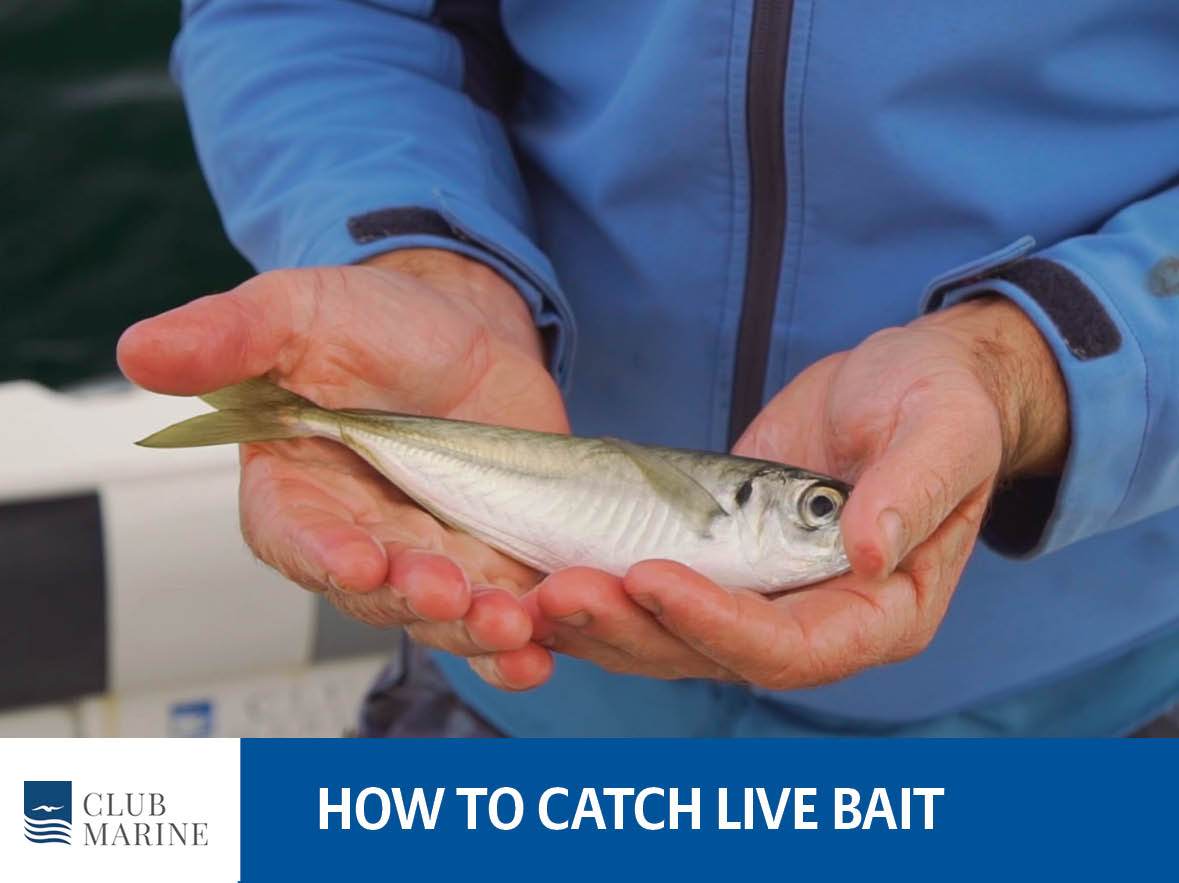 Using live bait is one of the most successful techniques for catching big fish. In this video Alistair McGlashan talks through where to find them, gear to use and techniques.
Al McGlashan: Now, when it comes to catching big fish, live bait is undoubtedly one of the best techniques. To catch the bait is often the key. So the easiest way to do it is with a handline. First and foremost, use your sounder, mark up a bit of reef, a little headland, wrecks, anything like that. As you can see, we're finding it right now as I'm talking. Once you find the bait, what we want to do is you can either anchor up if there's a bit of wind, or in a case like this where it's dead flat, you can just drift. Next step, you've got to burley them up. So keeping it really simple, you can put a burley bucket on the back of the boat, all those things. Or you could just have a bucket. Scrunch up the bread. Now, you quite often ... yackers and slimeys is your most popular bait. We'd be quite happy with that but we like to spruce it up with a couple of pilchards. And that is bait fish yum cha .

So while the burley's going down, at the same time, I'm going to start cutting up the bait. All we do, and this is for catching slimeys and yackers which are probably the most common baits. All I do is filet the pilchards out, then put the leftovers into my lovely soup. Then, what we do, just cut it to short, sharp little bits. Just, well, you could say a mouthful, I suppose. So now, I've got two handlines, both unweighted. All we do is grab a little bit of pilchard, pin it on, feed it through. Probably a couple of times will hold it one there. And that is ready to go. Here we go. Got him on. So there you go. And then, same thing when you're pulling them up. Just nice and steady, and lift them up like that.

So that is a yellowtail, also commonly known as a yacker. Hugely popular, you catch heaps of them. They're on every inshore reef and headland. So he can live in there pretty much until he's required which won't be as good for him. When you're bringing up them, don't use your handline. Just put it on the floor and pull it back over the side. And there you have a big yacker. Same species, just a larger version. If you handle them too much you will kill them. And then, straight back out. It's a little bit fiddly with handlines but it is actually easier, in the scheme of things.

Swing him in. That's it, Steph. That's probably enough for today. The beauty of live baiting is that, take as many as you need for the day, but when you're finished you can let them all go, so your impact is minimal. Sorry, mate. You're on the list.
Tags
Video
Share
Subscribe
Watch next
Back to videos