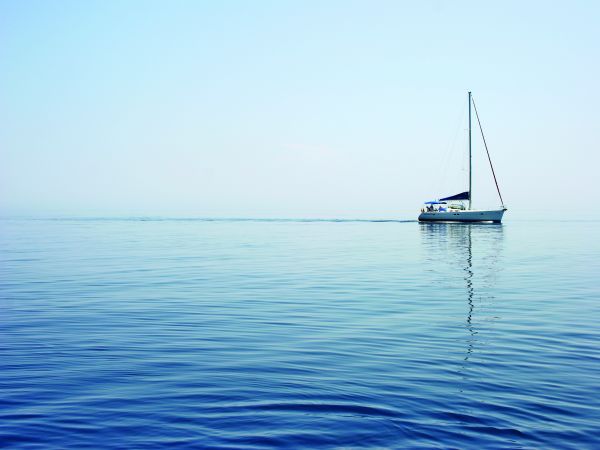 In my yacht-selling days I’ve seen engines catch fire, cook themselves, conk out at critical moments or resolutely refuse to start.

They’ve belched smoke in myriad hues of white, black and blue, and oozed oil like a pizza addict’s pores.

In one memorable gearbox failure, the reverse mechanism failed just as the yacht entered its marina pen, and the bow struck the concrete walkway at four knots. Try selling a boat that’s suddenly 60 centimetres shorter to buyers who are lying dazed across the deck.

No matter how well it sails or presents, there’s no greater passion-killer for resale value than mechanical mayhem.

The salesman sees fear of the unknown in the buyer’s eyes. They see the buyer’s beloved leaping over the lifelines and beating a hasty retreat towards their car.

Some owners don’t see anything, however. Whether love is blind or stubbornness is plain dumb, they persevere well past the point of no financial return.

One owner I know spent $1500 investigating an overheating problem only days after buying his yacht. On the delivery trip home, the gearbox disintegrated, necessitating a police tow and another $8000 investment.

The parts were presumably delivered by stage coach and, judging from the bill, were installed by a neurosurgeon at the Hilton. Then came alternator issues, injector dramas, more overheating problems and finally a rebuild.

When advised to cut his losses and install a new motor, he slammed his fist and cried, “I’ve spent 20 grand on this $#@ motor, I’m not giving up now!”.

That’s the dilemma, I guess. At what stage do you draw the lines between a repair, a rebuild and a full repower?

Any money spent may, one day, save the boat and lives, because marine engines must, above all, be reliable, especially when the crew’s ability to deal with breakdowns is limited.

A well-maintained diesel should run for at least 8000 hours without major overhaul and, since the average recreational sailor logs only 100 to 200 hours per year, it should, theoretically, last the lifetime of the boat.

If small problems aren’t addressed, though, they generally turn into big problems.

Consider the conditions in which yacht motors operate – hot, damp, cramped with salty bilges, intermittent use and irregular maintenance. What they really need – cool and dry air – is rarely what they get. Nor do they have the benefit of long running times, as a powerboat engine may.

Repairs will keep you going, but eventually weak links appear in the chain. When it comes to rebuilding, parts can be expensive and hard to find, plus you need a skilled mechanic to do the job.

Rarely are the older, raw-water cooled engines suitable for rebuilding as the internal water passages in the block and head are corroded beyond salvation.

Ultimately, a rebuild can cost money that’s better invested on new technology. As a rule of thumb, don’t spend more than 40 per cent of the full cost of a replacement.

You can sell or trade your old engine if it hasn’t totally given up the ghost, but it needs to also be kept in mind that the outlay on a new installation will rarely be offset by a rise in resale value. You do it because you want to enjoy trouble-free use of your boat and to limit future expense.

Once you’ve decided to take the plunge, it’s not all plain sailing. There’s the small matter of removing the old donk and finding a new motor that fits.

The popular trend is to install more powerful engines in sailboats. It’s possible because newer motors are lighter and more compact, but whether it’s necessary is another matter.

A displacement hull’s speed is governed by waterline length, and no amount of extra power will help it breach the trough between bow and stern waves. The rough formula is 1.3 times the square root of waterline length (in feet), so a 36-footer is good for about 7.8 knots.

Too much power is bad news as subsequent light loading of the engine will result in cylinder glazing and high oil consumption. Ideally, you want to hit hull speed at 80 per cent throttle as it will ensure the engine is being worked reasonably hard.

The additional 20 per cent is there for adverse wind and tidal conditions.

If you go to the trouble of fitting a new shaft, then give some thought to mating it with the optimum propeller. Folding propellers have advanced eons in design, combining maximum thrust with minimal resistance.

Also, your existing prop may need to be re-pitched if you decide to keep it. Pitch refers to the distance a propeller travels forward through one revolution – higher pitch means lower revs per minute, and vice versa, so the quest is to reach your recommended Wide Open Throttle (WOT) operating range.

Propeller shaft rotation has changed over the years. Motors from the 1980s and early ’90s tended to have left-hand rotation when in forward, whereas the majority of modern diesels have right-hand rotation.

Many a boat has been repowered – only to find it goes very well in reverse.

Saildrives were introduced by Volvo Penta some 40 years ago and they can be exchanged with relative ease. It’s also possible to do a retrofit installation, which you’d consider in the case of a difficult shaft installation … a vee drive, for example.

A shipwright will have to modify the hull with a suitable fibreglass bed, but on the plus side is the fact that saildrives are well-priced and have good service history.

If the naval architect has factored engine removal into the equation, it’s generally a case of lifting the block out through the companionway; otherwise a hatch will have to be cut in the cockpit floor, or the motor disassembled.

The mounts and installation requirements are likely to have changed, even when swapping like-for-like in terms of engine brands. There’s nothing that can’t be fixed, it just adds cost and complexity.

A common mistake is to duplicate the old exhaust system, which results in a new engine being installed to an outdated standard. Again, the replacement may be more compact and have a low-slung exhaust.

The system must be designed and installed to prevent saltwater from back-flooding the engine. Back-flooding (when water enters the cylinders) can occur when sailing with the engine off in a following sea, or when the boat is pitching or heeling.

Ventilation is another consideration, as many new high-speed engines use more air, especially those with turbos. That means larger vents are needed.

While you’re at it, compare the location of service points between old and new. It’s useless if the oil filter, for example, is mounted in a different location to the original and difficult to reach.

Your old, sediment-trap fuel filter is best thrown away, along with the lines, and replaced with an element-type primary filter. It pays to flush and clean the fuel tanks as well, since modern diesels have finer tolerances in the fuel system.

Older motors tended to have belt-drive mountings for fridge compressors, bilge pumps and the like. It’s unlikely you’ll find these today, though new flywheel generator options, such as the Yanmar KMG65 system, allow better charging systems to be embraced.

The alternator capacity and type of voltage regulation is likely to have changed, too.

New engines deliver 12 volts, while some older systems were 24-volt.

Repowering often means switching from a mechanically-governed engine to one with electronic management. Electronic diesel control came into vogue around 1995 and technology like Volvo Penta’s EVC system makes the installation of engines, controls and instruments far simpler thanks to the use of plug-in connectors.

It brings benefits such as electronic throttles, smart gauges with full trip computer functions and, through NMEA 2000 interfacing, the ability to display data on a chartplotter.

When you really think about it, hull design and construction have somewhat stagnated, whereas new motors are significantly evolved. If you reckon there’s life in that old seadog of yours, then you can teach it new tricks.

Brit Roger Dance found his dream yacht in the US back in 2006 and immediately began readying it for the South Pacific cruise of a lifetime.

His main concern was the original Perkins 4-104 62hp diesel that had clocked well over 9000 hours.

He spent $US2000 with two mechanics who reckoned they could sort out the running issues before an independent assessor advised him that it probably wouldn’t last more than a year or two.

The exhaust expanded from 50mm to 75mm, but it was a simple case of widening the stern fitting. Roger fitted an exhaust flapper to ensure that no water would ingress the engine.

From haul-out to splash was seven days, even allowing for the engine room to be repainted.

“I can trust the engine totally, it starts first time, every time,” Roger, who now lives in northern NSW, said. “It’s done 2500 hours already without missing a beat.”

One of Victoria’s glamour racing yachts in its heyday, this 1977-vintage design was looking every bit the timber tramp when Morrie Morgan bought it two years ago.

The original Yanmar 2GM 20hp diesel had seized, so the boat sat and slowly deteriorated. Buyers were nervous about doing a new motor install as it had a potentially troublesome vee drive, and there was the risk of over-capitalising.

Morrie, a professional skipper, saw the potential and tackled the task himself. In the words of the Supertramp song, he was “bloody-well right!”.

“I took the vee drive out and had it rebuilt ($1200) then dismantled the engine box to get access to the motor,” Morrie said. “It slid straight out and we lifted it using a travel-lift crane.”

The bearers had to be adjusted for the shiny Yanmar 3JHSE 40hp donk that was going in, so Morgan had them sandblasted and epoxy-painted. The installation ran smoothly, for a total outlay of $12,500.

“I have to adjust the pitch of the prop because it’s over-revving, but otherwise it couldn’t have been easier.”

Under the ownership of Jim and Mary Holley, Aurora was baptised in the storm-torn 1998 Sydney Hobart and has completed every race since … the only yacht to do so.

It says something about their skill and tenacity, but even more about how thoroughly they prepare a vessel that dates back to 1983 as Witchcraft II.

Farr 40s were originally configured with shafts, the engine residing near the mast. The previous owner moved it back beneath the companionway and installed a saildrive, which made the replacement easier.

Jim was returning from Hobart when, off Eden, the old motor began making rasping noises. He shut it down and was forced to sail for five days back to his berth on Newcastle Harbour.

A rebuild proved to be merely a band-aid, so in 2005 he commissioned Endeavour Marine to install a new 40hp Volvo Penta.

After years of having a shonky donk, he says it’s “just wonderful” to start and has remained trouble-free.

“Two cans of ‘Start Ya Bastard’ spray were essential equipment before we went to sea, but not anymore,” Jim said.